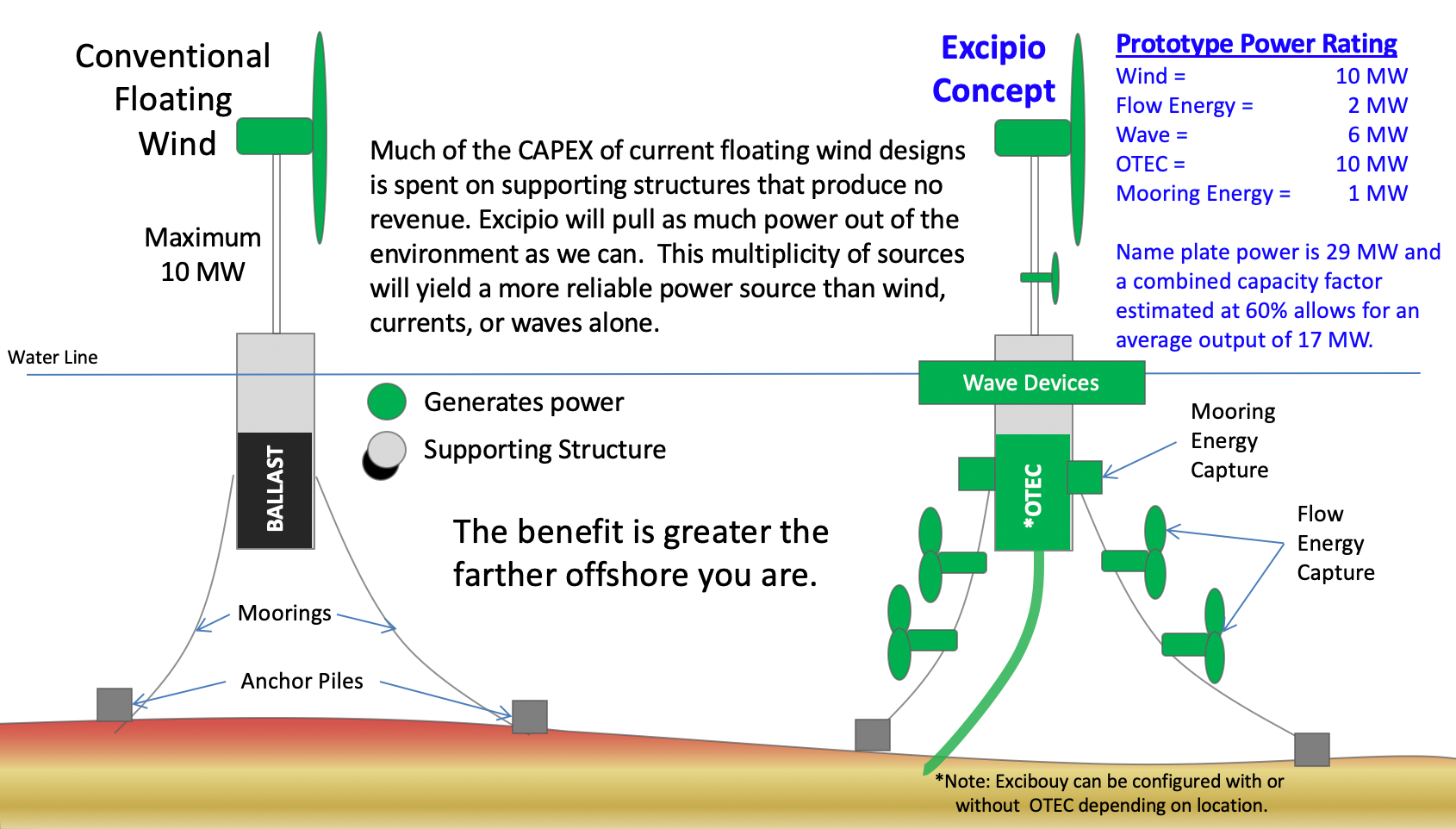 Excipio’s patent centers around each spar leg being a wave and flow energy capture device in addition to supporting the wind tower. 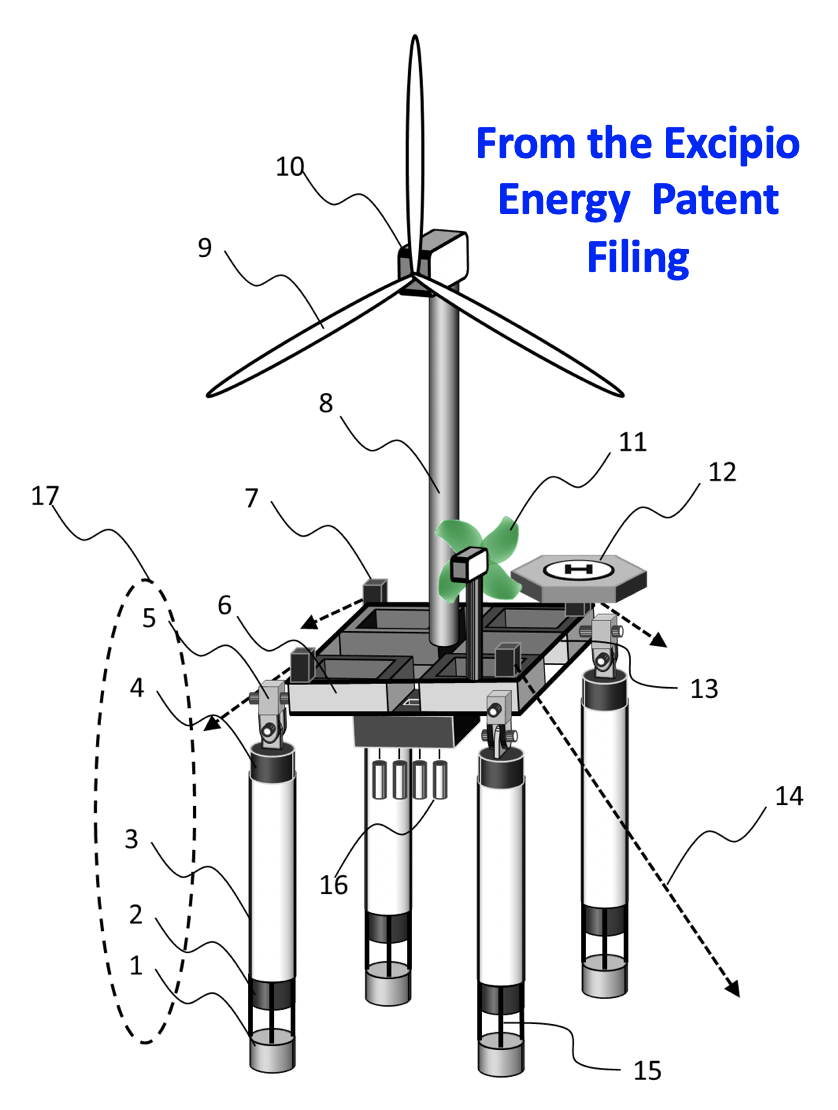 Offshore renewable technologies other than wind are not cost effective in deeper waters (yet). Neither wave, ocean currents, nor OTEC systems are efficient enough at present to support the cost of mooring, installation, and power transmission.However by increasing the size of a spar leg these technologies can be added at a small incremental cost. As an example this will reduce the LCOE of existing wave energy devices from $600+/MWh to ~$75/MWh. 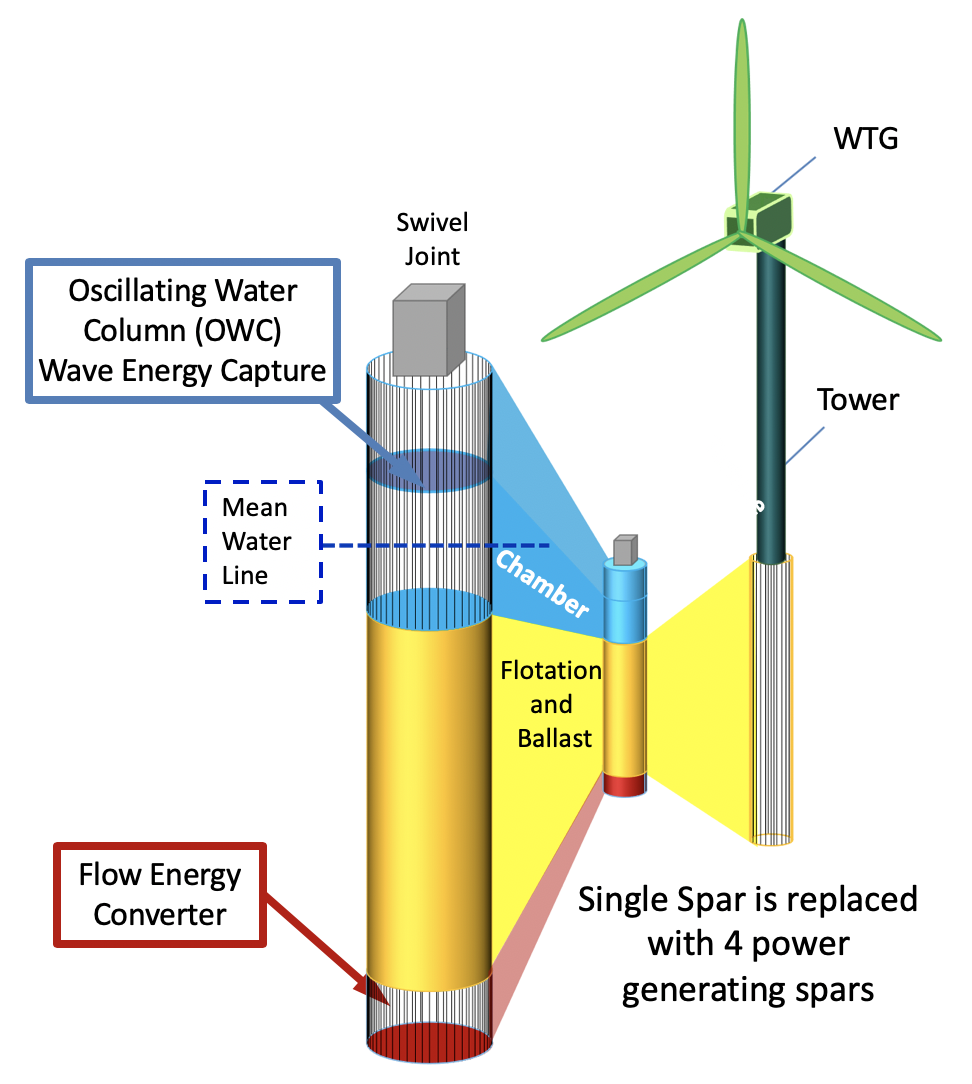 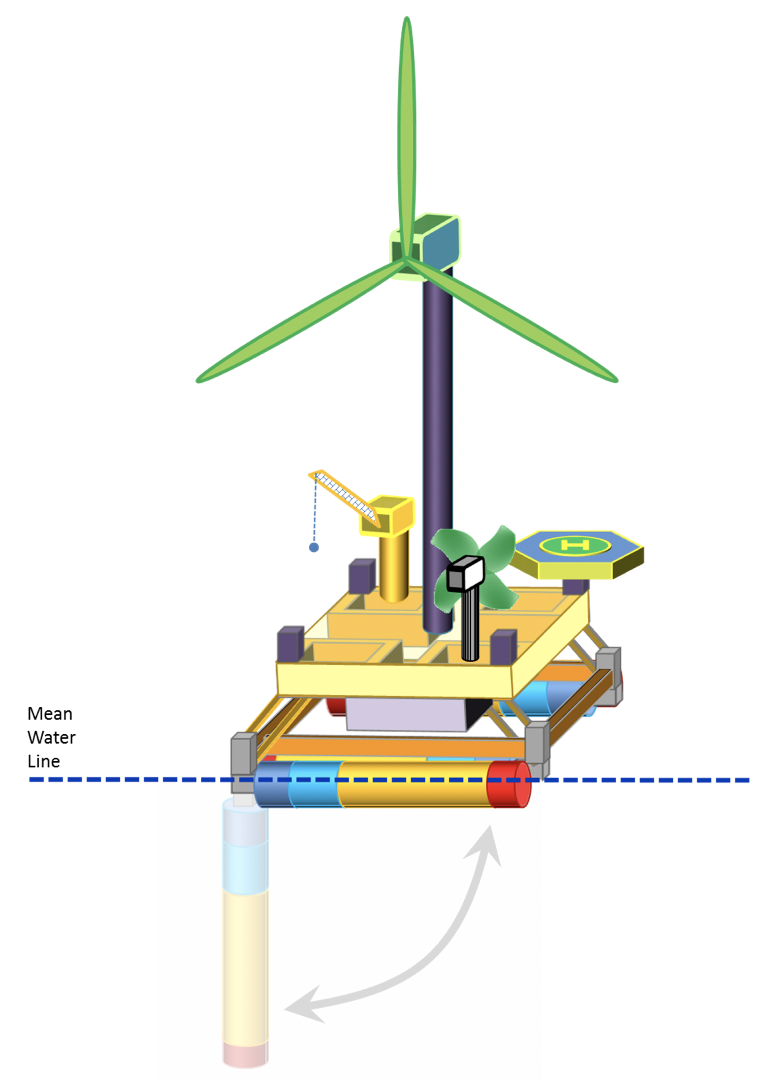 This is the Excibuoy Platform which is at heart a floating wind platform that happens to include wave energy, ocean flow energy, and where appropriate can include Ocean Thermal Energy devices; and due to the Excibuoy’s flexible design can accommodate other systems as they become practical such as Power to Fuel, hydrogen production and battery storage. 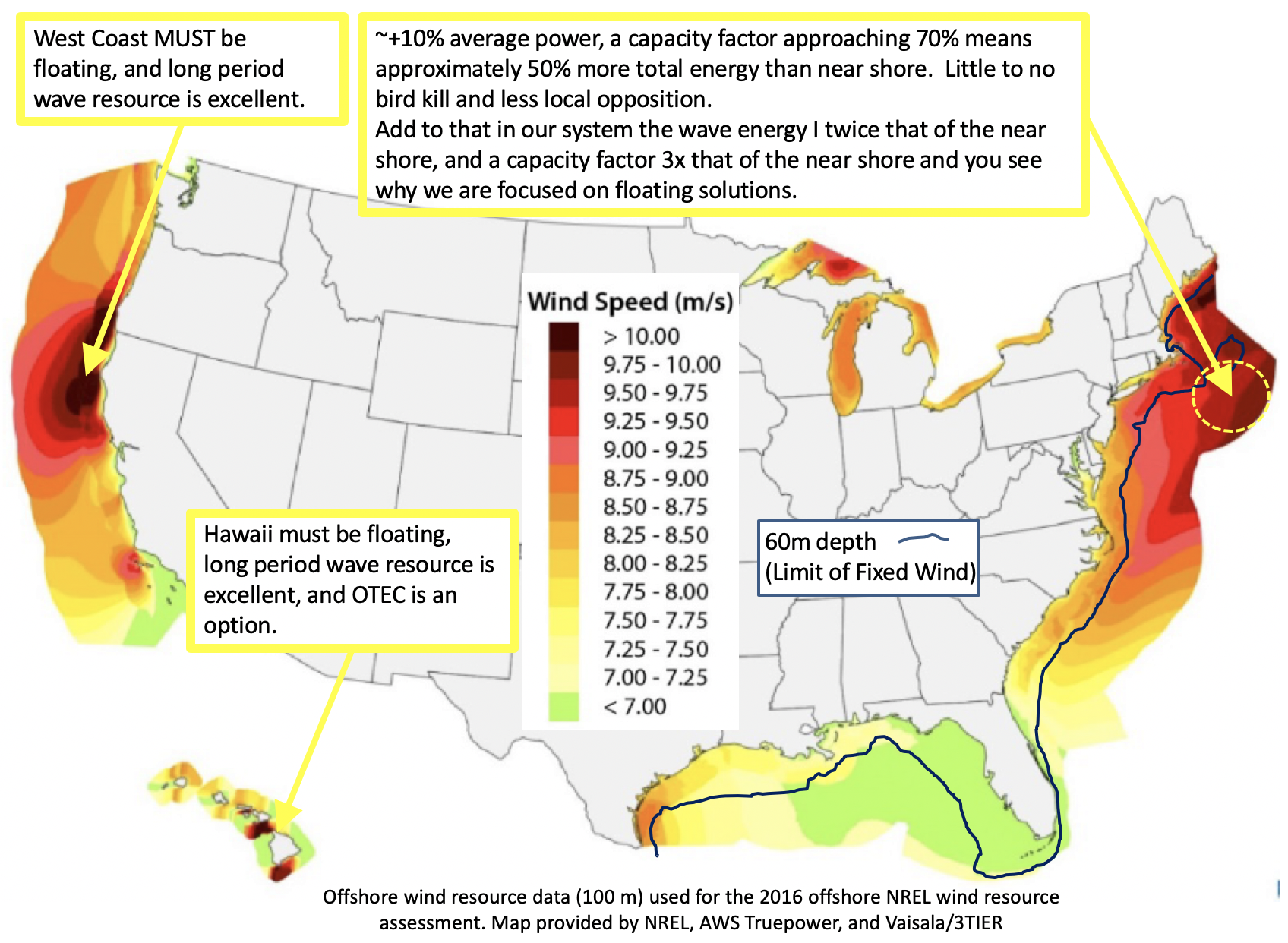 If you are going to build a device to produce energy from the seas any part of the system designed to withstand, and not capture, nature’s forces is wasted CAPEX.If you ask offshore wind experts what they think of integrating wind/wave/OTEC into wind farms they will give you a grocery list of excuses why they don’t want to try: 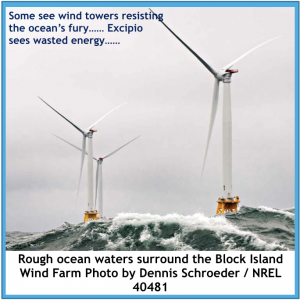 Excipio is targeting the Gulf of Mexico for the following reasons although Excipio will pursue any opportunity regardless of its geographic location.